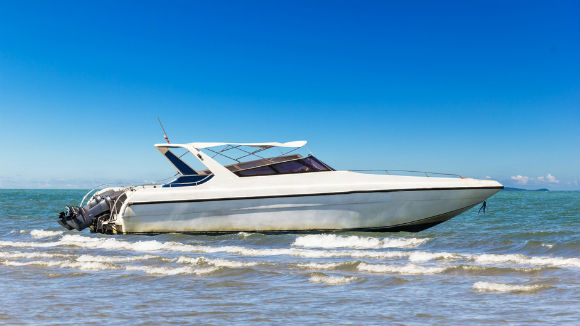 A good friend of mine had always wanted to own a powerboat. Whilst this had been something he had wanted to do for a long time, for various reasons he had not been able to fulfill this dream.

Whilst driving to visit relatives recently, he happened to pass a house with a couple of powerboats on the drive. One of them happened to be exactly the sort of boat that he had always wanted to buy. As it was pretty early in the morning he didn’t want to disturb the owner, so he wrote a simple note (Would you like to sell your boat? And added his telephone number) and posted it through the door. Nothing happened.

A couple of weeks later he was driving past again. This time there was someone on the drive cleaning the boat. So he stopped and asked him if he was interested in selling. The chap asked him, “are you the guy who put the note through the door?”. “Yes”, said my friend. This started a conversation. As it so happens, the boat was for sale as the owner had recently taken up sailing and so wasn’t interested in powerboats anymore. One thing led to another and my friend should be picking up his powerboat this weekend. So what is the point of this story?

In this case it was about selling a boat. My friend had no idea what the answer was, but he asked the question – not really knowing what the answer would be, but it started a powerful conversation that resulted in a fantastic deal. He had a dream and he was both prepared to ask the question and keep going until he had an answer.

Not all questions are as straightforward as “would you like to sell your boat?”. However if you don’t ask the question, are you ever going to find out the answer? Sometimes it is the fear of hearing the word ‘No’ that holds us back, sometimes it is a whole world of consequences that we imagine. Such as, the person will think less of me for asking a ‘stupid’ question, or that I’ll get fired, or any other dire outcomes that can be thought up. Working with a coach can often be helpful in these circumstances because they can help you explore what the real outcomes are and help you overcome the ones that you have made up.

Of course asking your boss a really stupid question isn’t likely to be career enhancing, so you do need to be sensible about what you ask. However often the worst someone can say is ‘No’ and often a good outcome is ‘maybe’, as it opens the door to possibility. Perhaps you won’t get what you want, but perhaps you may get a step closer to achieving your goals?

If my friend had not asked the question, he would not be collecting his boat this weekend and consequently would not be fulfilling a long held dream. Sometimes success starts with a simple question.

Is there a question you should be asking that would open the door to your success? What is holding you back? Do you really want to be sitting here in a years time watching other people fulfil their dreams whilst you are too afraid to pursue yours?

There is only one way to find out. The first step to success is to ask. Don’t hold back, either #startsomething or #changesomething.

Thank you to my friend for letting me share this story – it also reminds that sometimes, success is also dependent on the help and support of great people, but that is a future post….