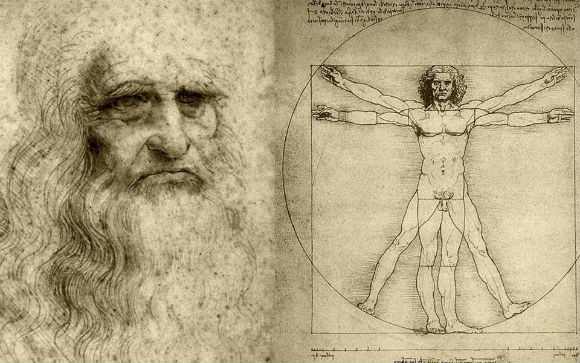 Pick up any well-known Business Publication or look at any popular business blogging sites and you will find literally hundreds of articles about the ‘factors’ that make people successful. These are generally presented as new insights or thinking intended to help people to achieve more in their careers. How much of this thinking is actually new? Consider the following quote:

It had long since come to my attention that people of accomplishment rarely sat back and let things happen to them. They went out and happened to things.

If you were to look at Liz Ryan’s post on LinkedIn on the 5th August (title: Want to Hire Great People? Stop Asking Stupid Interview Questions!) she talks about the illustrations that she uses on her posts. What does Liz say about accomplishing things? “If you want to learn to do something, start doing it!”.

It is the same theme – if you want to be successful, you have to do. Hence the quote is ‘bang on’ with modern leadership and management thinking.

If you don’t recognise the quote, it was by Leonardo Da Vinci. Da Vinci was born in Vinci near Florence in 1452 and is recognised as one of the foremost thinkers that has ever lived. Not only was he known as an engineer and mathematician, he was also a supreme artist and his painting of the Mona Lisa is one of the most recognised works of art in the world.

Hence, you have to ask yourself the question, if we have known that to be successful you have to DO, for over 600 years, why don’t people do it?

The answer is fairly straightforward – that change is hard and that whilst people often have the desire to change, they don’t actually know how to change. As Marshall Goldsmith would explain it “we are superior planners and inferior doers” *. There are a number of challenges here:

So, if you want to be a CEO, CIO, serial entrepreneur, successful person etc. are you sitting back and waiting for it to happen, or are you putting your effort into clear goals that are intended to get you there? If not, perhaps it is time for you to be realistic. Either set yourself some clear goals and DO something about them, or seek the help and support of a coach who can help with the goals and help you to hold yourself accountable for achieving them.

In 2015, the whole world knows who Leonardo Da Vinci is. He embraced change and the rest is history. You have a choice – either embrace change and there is a chance that in 600 years time, you will be remembered in the history books, or, do what most people do… nothing.

If you want to be successful, do as Da Vinci says, go out and “happen to things”. Either #Startsomething or #Changesomething. If you do neither, you’ll have to accept that you have consciously chosen to do nothing. Ultimately when nothing that you desire happens in your life, it is because you decided it would be so. By definition, if you are not happening to things, things will not happen to you. Maybe you’ll get lucky and success will come your way anyway, but most people are realists and know that this rarely happens.

The good news is that no matter what your situation is, there is still time to change and you can choose this future too. As most people ‘do nothing’ the world becomes defined by the people that DO. If you don’t know how to DO, give me a call, perhaps we can #Accomplishsomething together?