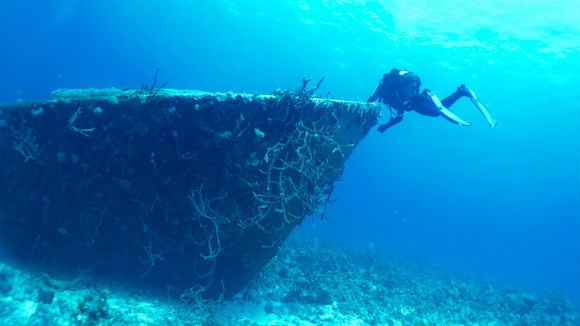 I had an interesting conversation with a business associate this week. They were relaying a story about an organisation that was struggling to deal with an issue that has materialised in their business. As it happened, I had drafted this post, and the conversation turned out to be the perfect illustration for what I was thinking.

Essentially the company they were working with are a food manufacturer. With media and popular opinion starting to turn against refined sugar in the foods that we eat (blaming sugar for obesity, diabetes and a range of other health issues) the organisation had a concern about how this might affect their future sales revenue. Market research showed that a significant proportion of their revenue came from petrol (gas) stations.

Let’s take a step backwards for a minute. The VW scandal of recent weeks has highlighted a number of issues (noting this is a business post, not a for or against argument about climate change):

Clearly a dependency on retail petrol outlets may not be a good long term strategy.

So where was this organisation taking all of the above into account? The exam question that they initially decided needed answering was how could they continue to drive revenue growth given that sugar is seen as ‘bad’ and is a major part of their product?

Perhaps the real exam question is, what new markets should they be looking for, or even should they be developing different products? Noting that longer term, visits to petrol stations might be in decline and that there are wider societal issues that may eventually change the playing field beyond recognition anyway, to the point where you no longer have a viable business model. As an example, no one currently knows how the VW issue will play out, but how does an organisation deal with an growing aversion to sugar in a public that is now becoming more sensitised to vehicle emissions because of public scandal? Seemingly unrelated issues that are now linked by the dependency on a particular type of retail outlet responsible for most of their sales?

This turns out to be a great example of what would be termed an opportunity cost – which you might define as the cost of engaging in a given action, thereby losing the benefit of the next-best action. So this organisation has a choice. Either expend effort on trying to retain current markets with all the issues that entails, or put their creative energy into developing new products or services that would take them into new markets. Simply put it is the risk of staying with the ‘known’ (possible opportunity cost) against the risk of jumping into the ‘unknown’ (possible opportunity).

However it isn’t that straight forward. We often find that in decision making, organisations and individuals, fall prey to the sunk cost fallacy. Economists will know this term well and it relates to situations where decisions are required and the decision making is informed by the past and not the future. It is what stops you changing – in this case it would mean sticking with the business model they know because it is what they know best.

If you want a more relevant example, you might pay for a theatre ticket and on the night feel unwell (the cold that has been threatening finally arrives). What do you do? Stay at home, or go to the play? A lot of people would rationalise it thus – even though you’re unwell you are going to go so that you don’t end up “wasting your money”.

They have just fallen into the sunk cost fallacy trap.

If you are not going to enjoy the play because you don’t feel well, is going to the play actually going to help? Unless you are lucky enough to get someone to buy the ticket off you, the fact of the matter is the money you paid is gone and you won’t get it back. Consequently why should it be part of the equation in terms of going to the play or not? If you won’t enjoy it, don’t go. The money you paid has been spent anyway and an early night with a cold remedy might make you feel a lot better in the morning.

Personal change is like this. You are in a job you hate, but you don’t leave even though it is making you miserable because you believe that after all the effort you put in to get this far, things have to change for the better eventually. Sometimes things work out, a lot of the time they don’t. Focusing on investment in the past (sunk cost) has diverted attention away from the next-best decision which would be to start trying to find another job. Consequently there is an opportunity cost (the better job I could have taken) because we can’t reconcile ourselves to the fact that what is in the past is in the past. Can we change what happened yesterday or the day before, or last week or this time last year? No. Its done, that time has gone. So what purpose does it serve looking back and wishing things had turned out differently? I can’t answer that for you, however what I do know is that it means that in decision making terms there is always a part of your attention focused on what you can’t change and not focused on helping you to make the best decision you can in the here and now. Change is hard enough, so why make it harder?

If you do want to change something or start something new in your life, consider the following:

On really big decisions, time spent considering these points pays. As a coach, I work with clients who have these sorts of dilemma’s quite frequently. When working with them to change something or  start something a quick way of driving out sunk cost thinking is to consider the pros and cons of a decision. If the only pro for continuing with something is that it will make you feel better about the emotional investment you have made, then clearly you should carefully consider if you are going in the right direction. No matter what you do, you will not get that investment back, so should you really hold on to it?

One thing to bear in mind, time is often on your side. Take the business organisation I mentioned above. They recognised they have an issue, were sensible enough to seek outside help, so now have a better chance of tackling the real challenges they have as a business. It won’t be easy, but this kind of thinking is what separates the forward looking organisations from the dinosaurs. Focusing on the right problems can often mean the difference between success and extinction in business terms.

In personal terms, it means we have to dig around an issue, dig deep and ask ourselves are we really getting to the heart of what we need to tackle? Sometimes you can’t do this by yourself and this is where working with a coach, like myself, can help to bring a different perspective. Perhaps they will ask the awkward questions we know we need to ask ourselves but don’t out of fear of what the answer might be. Ultimately we are responsible for the choice and often boils down to the difference between reluctantly getting out of bed for another day because we didn’t want to let go of something versus leaping out of bed because you can’t wait to take on the challenges that lie ahead today because we were determined to embrace opportunity.

If anything isn’t working for you, why don’t you #startsomething or #changesomething?