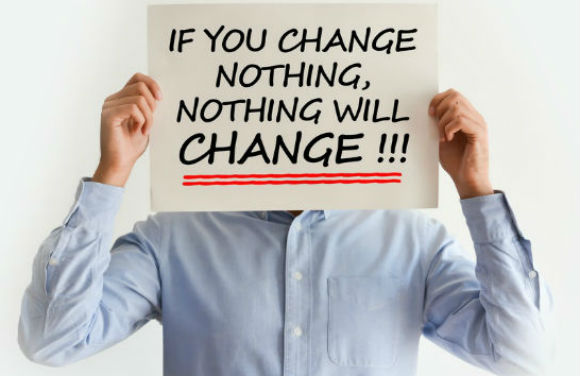 When I was looking back at some of the photographs I had taken during my trip to Florence this summer, I came across a quote that had caught my attention. I had done what I often do, snapped it with my camera (or iPhone if it is handy) so I could look at it again later. Whilst I had fully intended to come back to it later, I forgot about it. However the beauty of a quick snap is that you have it on your phone and it is never really lost.

So what was the quote:

Unless you know it, you’d not guess that it is actually by Leonardo Da Vinci who was born on April 15, 1452, in Vinci, Italy. In many respects it could have been written yesterday. It seems as true today as it did then and is also good advice. Let’s look at it this way and annotate it with similar thoughts from famous people who are a little younger!:

Do some stuff – it doesn’t matter what it is, if you’re not doing anything, how will you accomplish anything? In the words of Pablo Picasso, “Action is the foundational key to all success”

Stuff fails – there is always a probability of failure. Failure of ambition is not usually fatal in normal life. One of the attributes of successful people is that they pick themselves up, dust themselves down and carry on. As Robert F. Kennedy said “only those who dare to fail greatly can ever achieve greatly.”

Some works, you do more of what works – why wouldn’t you? As Sylvester Stallone puts it “I’m not the smartest, most talented person in the world, but I succeed because I keep going and going and going.”

When others copy you, do something else – unless you have invented some unique method or product, you rarely have an advantage over the market for long. The same is true in career terms, smart people who want to get on will always emulate the attributes of people who are more successful than themselves. In the words of Steve Jobs “Innovation distinguishes between a leader and a follower”.

There is about 600 years difference between Da Vinci’s quotes and the quotes that I have chosen to further illuminate his thinking. Personally, I am curious that these words are as true today as they were in the 1400’s. So why is this the case:

People have dreams, but they don’t take action to realise them
When encountering failure people are more likely to give up than try again
When success comes knocking, people are tempted to rest on their laurels, they don’t keep going
People overlook that innovation needs to be continuous to keep you ahead of the field

This is not universal, successful people get into action, they don’t give up and are always looking for the next challenge. There are not that many people who are like this – so the good news is that small changes can make huge amounts of difference. If your habit is inaction, make it action. If you give up at the first sign of failure, try again (but think about what you have learned first). The key point is that you have to DO SOMETHING and this is the real nugget in Da Vinci’s advice.

If you aren’t sure what action to take, or realise that your own thinking holding you back, consider working with a coach. When you actually have to externalise the doubts at the back of your mind, to someone else, it changes your perspective. Sometimes, in the cold light of day, doubts are exposed as irrational. Sometimes, you see that doubts can be overcome. Sometimes, powerful coaching questions cause you to shift your thinking and start something new (#Startsomething) or change something that isn’t working for you (#Changesomething).

I was looking for a particular Nelson Mandela quote for this post, however I found a fantastic anonymous quote that I think encapsulates the shift that is sometimes required in a client’s thinking:

I woke up this morning and realised I don’t have what it takes to sit back and be average.

If this doesn’t resonate with you, maybe it is time you need to do something different?