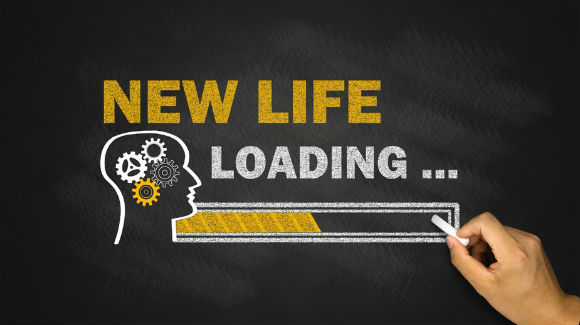 This time of year is very much focused around goals, both business (for those of you focused on January to December) and personal. The New Year traditionally heralds in aspirations to tackle significant business challenges (grow revenue, develop new products, close opportunity etc.) or to deliver on individual aspiration (for example that promotion or improved health and fitness). However most people don’t consider some key elements that will affect if they will succeed against these goals, or not.

These “goals” are often set without considering two important things:
•     Total ignorance of the start point
•     Belief that these things can be accomplished successfully

These are critical considerations and I will explain why. First, as a coach, I am often overwhelmed by my peer’s positivity. Take this quote from Napoleon Hill:

Whatever the mind can conceive and believe, it can achieve

It’s a great quote and what is not to like about it? You need to have inspirational phrases and sayings to drive you forward. However you also need a critical mind in order to address the drive with focus and determination to succeed. Determination is the embodiment of the belief needed to succeed. If you doubt this, look at any successful business or sports person. On a like for like comparison in any discipline, many of them have comparable capabilities. What makes one more successful than the other is the belief that they can succeed. So is belief enough? What are the considerations?

What if the goal is in sink or swim territory – where it is not so much stretch as monumental? Success is then likely to be binary, success or failure. This is one of the reasons why gym memberships surge in January only to fall back in February. The committed couch potato who struggles to lift the TV remote control isn’t going to become the World’s Strongest Person in a single gym visit. That is not to say a serious fitness goal is not possible – for example running a marathon for a non-runner. If you don’t believe that the goal is achievable as it stands, break it down. Aim to run a 5k. Follow this up with a half-marathon, then finally a marathon. Throughout, the goal has not been diluted (run the marathon) but has been achieved in sensible steps that ensure success. Along the way you may change the goal, but if you have accomplished one of the interim goals you can always congratulate yourself on the 5K park run you never thought you’d do, versus the marathon you gave up on. Would you rather remember failure or success?

What if you don’t have the belief? This is what I would refer to a “New Year Resolutions” syndrome. People set goals because they feel they ought too, to follow the crowd and for myriad other reasons. As you’ll know my view is that if this describes your goal motivation, give up. Why is belief so important? Research has shown that when people believe that they can successfully do what’s necessary to achieve a given result (or goal) they are much more successful that they would have been otherwise. If you don’t have belief, the outcome is likely to be predictable. If this is the case, what you can do is really reflect on why the belief exists – this is something coaching can really help with. Generally such beliefs, when confronted, are found to be irrational which opens up new opportunities for success.

There have been a lot of LinkedIn posts recently that some of the content is ‘dumbing down’ the business focus of the platform. You might find this post a little too ‘touchy-feely’ for example. However, all of the above can be used to improve a group’s performance. There are countless examples of businesses and teams achieving amazing goals because their leadership told them that they had an utter belief in their ability to perform well. This approach therefore lets you set high expectations as long as you instil the belief that the goal being set is achievable. If you felt it was too ‘touchy-feely’ isn’t it time to question yourself about if you have an open or closed mindset? Personal change is just as relevant to your business and the skills it develops in yourself, when properly applied, translate into leadership skills.

So, if you are wanting to start something new (#Startsomething) or do something differently (#Changesomething) and have, or are going to, set a goal for yourself don’t just set “any old goal”. Have challenging goals (after all, who wants to be average?) but also have a roadmap – Rome wasn’t built in a day, it was built a building at a time. Have the belief that you can do it. The most important thing of all it to take action. Goals without action are just dreams.

If you need some help, call me and we can #Startsomething or #Changesomething together.