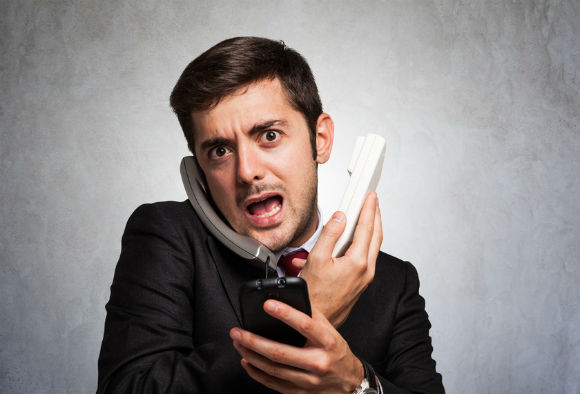 We live in a busy world with increasing challenges on our time and availability. The modern business world is relentlessly “always on” – mobile calls, emails arrive at all hours of the day and night, social media can be a constant distraction and then there are the endless projects, meetings and targets that have to be delivered. With all this activity, it is a wonder that anyone achieves anything meaningful.

We have to deal with distractions all the time, things such as:

This is not an exhaustive list. In fact I would suggest that if you were to list all those things that distracted you from what you had planned to do today… it would be a very long list. So what happens? What we planned to do takes second best to busy-ness. That isn’t to suggest that dealing with customer issues should not be a priority in a customer focused business – things happen. Ultimately though these distractions produce a significant drag effect on what we were originally aiming to achieve. If you were to think that what you were trying to achieve was the thing, or things most closely linked to your career success or the success of your business… isn’t there a problem?

You may be one of those ‘bring it on’ types who will eat any workload for lunch. I have worked with people like this many times in the past. However, whilst you admire their ability to get things done, you also note the energy that has been consumed in dealing with things of no intrinsic value to them or their organisation.

We end up making millimetres of progress in a plethora of different directions instead of making significant progress in the one or two directions that would really pay off for ourselves or our business.

Is this a picture you recognise?

What can you do?

Initially I would suggest you focus on the following three things:

1. Separate the decision from the relationship

Many of the clients I work with as a coach say ‘Yes’ to things because of fears about what the other person will think of them. When you say ‘No’, this is to the request and not the person. When we are simply dealing with the decision, it is much easier to focus on the right outcome.

No can be quite an emotive word, especially when it is used bluntly in response to a polite request. Even though you may be saying ‘No’ to the decision, you may still need to be mindful that you have a relationship to preserve – frequently saying no to your boss may not be a great long term career strategy. So master the skill of saying ‘No’ gracefully. I have worked with a number of inspirational people in the past who have developed this skill – whilst no one likes the decision, the person concerned has earned respect for the way they have communicated it.

3. When you say Yes, what will you be giving up?

In Yorkshire there is an expression “you don’t get owt for nowt” – a wonderfully old fashioned phrase that simply means you don’t get anything for free. Even a workaholic does not have infinite capacity and the ability to say ‘Yes’ to everything. Eventually something has to give. It might be the quality of the output or deliverable, that evening meal with the family, the weekend trip or the other things that you need to do but have been putting off for ages because you are too busy. Sound familiar? So a simple question to ask yourself is “if I say Yes to this, what will I have to stop doing to accommodate it?”. Also consider what the effect on longer term plans might be… people often confuse the urgent with the important – someone else’s emergency may not be that relevant to what you are trying to accomplish in your professional or personal life. If you agree, do so because you made a conscious and informed decision to do so, don’t just say ‘Yes’ on autopilot or because you are afraid of what they will think of you (re-iteration of point 1).

Will this mean I end up burning some bridges?

You may lose popularity but you will gain respect. However, important to remember:

If you don’t respect your time and what you NEED to achieve, why should anyone else?

In the longer term people are more likely to decide to work with people they respect rather than people who are popular. Respect is based on people acting professionally by demonstrating professionalism. Popularity can be nebulous and is short lived when you fail (by taking on too much for example) – no one wants to be associated with failure.

If you find that you need help applying these suggestions to your own personal situation, speak to a coach. You have a choice – you can determine what you focus on making millimetres of progress in all directions versus significant progress in one or two key areas that will deliver significant success. A coach can help you start changing what you say Yes to (#Changesomething) or help you to start saying NO to those things that are getting in the way of greater success (#Startsomething).