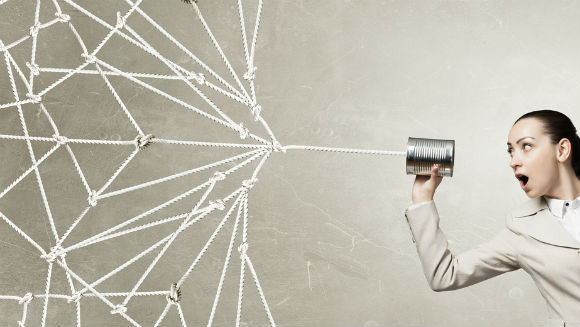 In these days of management information, big data and analytics whatever happened to good old fashioned connection with people?

I was recently reminded that Marcus Seiff who led Marks and Spencer (M&S) in the UK for many years had a very hands on approach to his business. I saw an interview with one of his personal aides and he said two things:

The significance of the first point didn’t dawn on the aide until many years after he retired. This was in the days before modern electronic point of sale technology was used. So he was listening to the sound of the old cash registers which ‘chinged’ when a sale was rung in. In his mind he had a sound that equated to a store that was performing well. If the store didn’t ‘sound’ right he would dig deep until he understood what was going wrong.

The significance of the second was that he expected the Board to be in touch with the business as well.

Lord Seiff never gave up this lifelong monitoring habit. By 1990, he was referring to himself as a “retired old has-been”, but he still spent many Saturday afternoons ringing up Marks and Spencer branches from his home in Newbury, Berkshire, to ask how trade had been that week.

Have you ever watched shows like “Undercover Boss”? This is where Executives (often the CEO) disguise themselves and go back to the shop floor to find out what their day to day business is really like on the ground floor.
Doesn’t it strike you as interesting that you probably will not get genuine insight on the people in your business (and the customers who support it) from a spreadsheet?

In case you don’t know Richard Branson is well known for speaking to passengers on his airlines when he flies – so he can get a feel for what people think about how well they are doing. Faceless surveys often dilute the message and so real feedback at source is an incredibly valuable resource.

The clear message here is that to really understand how well you are doing you have to get close to your customers. This doesn’t mean commissioning marketing surveys and looking at sales data in spreadsheets, it means actually connecting with people. In that way you get a feel for what is ‘good’ that you won’t get from sterile business reports.

This applies to life too. When was the last time you asked the people you worked with “how well am I doing?”.

Why should be in touch with your business

You may already feel that you have a successful career, business or personal venture. You may feel that your continued success is assured. So what is your gut feeling that things are moving in the right direction? Is it volume of sales, quality of customer feedback, awards? Do you even have a goal that sets a directional intent?

To answer the question, here is one more example:

It is often reported that a friend of Andre Heiniger (who led Rolex until he retired in 1997) asked him “How’s the watch business?”. Heiniger reportedly said “I have no idea”. The friend laughed, but Heiniger was serious. He said: “Rolex is not in the watch business. Rolex is in the LUXURY business”.

I think the message is quite clear – If you are not clear on what you are doing and what ‘good’ is, any outcome will do. Success is then simply a matter of chance rather than intent.

If you find yourself focusing on the wrong things and feel that this is getting in the way of your success, why not give us a call at Westwood Coaching? They can help you to connect with people more effectively and also help you to #Startsomething or #Changesomething. The decision is yours.

Remember, you can’t measure personal satisfaction and be successful in life solely on the basis of a spreadsheet. You have to get out there and translate it in to what it means for real, live human beings. Give it a try, you might be pleasantly surprised by what you learn.