As many people will know, the Team GB cyclists were spectacularly successful at the recent Rio Olympics. There has been a lot of speculation about why this might have been the case, especially as in the lead up to the Games, the results that the ream were achieving were somewhat mediocre.
Lets take a closer look at the women’s Team Pursuit. In the Track Cycling World Championships in London earlier this year the team only won a bronze medal, despite being favourites to do much better than this. The American team won the gold, so went into the Olympics as reigning World Track Champions, given them a significant psychological advantage.

Who were the team?

Two of the team Joanna Rowsell Shand and Laura Trott were defending Olympic champions having won gold in London in 2012. Their two companions were Katie Archibald and Elinor Barker who were both making their Olympic debuts.

What did they achieve?

They set a new world record in qualifying, only to see the American team regain that title from them in the first round. However, the USA’s record lasted only minutes as Team GB went faster again. The final produced a classic showdown between the two teams. It was the British team that came out on top, retaining the Olympic title in 4:10.236 – yet another world record time.

What made the difference?

We were not afraid to publicly fail in pursuit of a bigger goal.

Essentially, they were still learning to work together as a team and knew they had work to do to perform at their best in Rio. Even though this meant that some of the learning would be in the public domain (London), because it would help them towards their ultimate goal (gold in Rio), it was necessary.

What does this mean to me?

Two questions to ask yourself:

This is not new thinking, as the iconic Bruce Lee once said:

“If you always put a limit on everything you do, physical or anything else. It will spread into your work and into your life. There are no limits.There are only plateaus, and you must not stay there, you must go beyond them.”

Are you on a plateau? Are you holding yourself back? Do you need help creating bigger goals that will inspire your determination to achieve greater success? Why not speak to a coach? Together you can #Startsomething or #Changesomething .
Whatever happens – remember Team GB’s wisdom, never be afraid to fail in pursuit of your dreams. 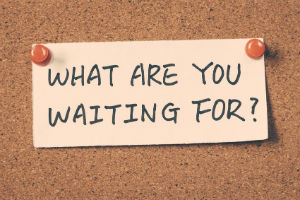