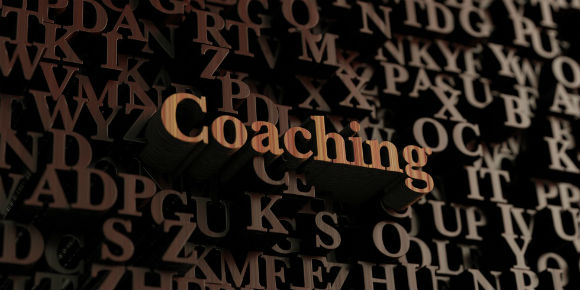 What is in a word?

What do other professions do?

I wanted to share a perspective on this. When I visit the Doctor or Dentist, I am a patient. I am not a Doctee or a Dentee. In most of my professional and personal dealings, I am generally considered from a limited number of persona’s, be it customer, client or whatever. Indeed in the talking professions most closely associated with coaching (such as counselling) people are generally refereed to as clients. Yet in coaching, we have coachee’s. Is this appropriate?

It may seem a small point, but step back and look at the language from the perspective of a professional relationship – such as between Doctor and patient as mentioned above. In such a relationship, whilst the interaction is between people, there is an implied ‘professional’ distance between both parties. Whilst there is an obvious power differential in the relationship and both may refer to each other as ‘my Doctor’ or ‘my patient’ it is understood that the roles are ingrained professionally and societally and we all understand the modus operandii. Given that the word patient is also used across a number of different disciplines, there is no connotation that as a ‘patient’ I am exclusively connected to a single profession.

What about between coach and coachee? Again we are describing a professional relationship, however in terms of language used, there is an implied sense of belonging – I can’t be a coachee in any other sense. The coachee sounds like an apprentice of the coach. We have created a fixed relationship and with it have implied an expert-novice structure that doesn’t exist in other professional interactions. There is also an implied power in the relationship, as between Doctor and patient, however because of the linguistic similarities we have established a power gradient in the professional relationship which again doesn’t exist in other disciplines. Note that in sport, where coaching activity is widely prevalent, players/participants are coached. Players/participants are not coachees.

You may disagree, however consider this – the influence of language is subliminal. Even where I consciously determine that I hold no power over my coachee, the language construct indicates otherwise. My view is that ultimately this is likely to subtly manifest itself in the relationship especially round the context of coach as ‘expert’. No coach (or supervisor) is ever going to be (yet) the perfect coach or supervisor they would like to be, hence how can it be helpful to create this undercurrent of master and apprentice?

This is not abstract – if you are a person-centric coach – how can you adopt a model where the coachee is subliminally connected to the coach (which could be argued as introducing coach centricity). Saying “my coachee”, versus “my client” may not immediately strike you as that different – however nudges work at a subtle non-conscious level, changing our behaviours in ways we probably won’t overtly notice. If you still doubt this, then ask yourself, why does coaching, almost uniquely, decide it needs a word for the people it helps that is linguistically subservient to the key role in the profession (coach). Lets not forget supervision – where there is an even greater risk of master-apprentice like relationships.

What IS in a word?

The answer could be nothing or everything. You may ask, what is the big deal, it is only a word? However the challenge stands, in a profession that is all about helping the person, team etc., that is the subject of the coaching, why have we allowed the very same to be objectified in our own image?

Personally, I never refer to any of my clients as coaches or supervisees … they are clients.to me this sets the right professional distance to our relationship and sets the focus of our work firmly on the client and not the coach. I am not evangelical about this – I don’t force my views on others, as you make your own choices… however it has always bothered me that as a profession we have invented a concept (coachee) that in effect ties the coach and client togther in a way that doesn’t exist outside of coaching. Why did we need to do this?