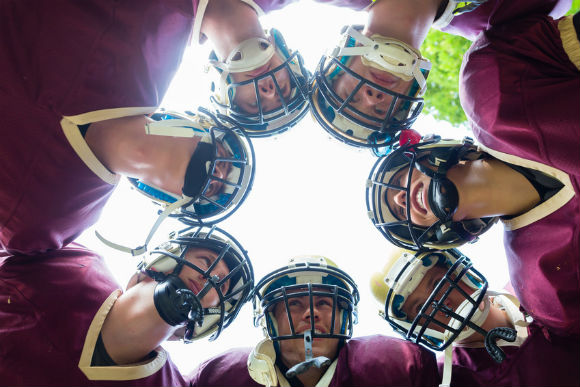 American football is not my sport, but I know a classic game when I see one – specifically Super Bowl 51 that was played in Houston last weekend.

At the start of the fourth quarter Atlanta led New England by 28 points to 3. In the previous 50 Super Bowl games, no team had ever come back to win from a deficit of 10 points or more.

New England resolutely fought back to tie the game 28-28 at the end of normal play, sending the game into overtime. This was the first time overtime had been required to decide the championship winning game. The Patriots received the ball and went on to score a touchdown to win the game, setting a number of records in the process.

Quarterback Tom Brady went on to be awarded Most Valuable Player – this was his 5th Super Bowl win of his career.

What did the Patriots say after the game?

“We all brought each other back. We never felt out of it. It was a tough battle.”

Essentially the team didn’t know it was beaten.

“Unbelievable. It’s the microcosm of our life, our season. Mental toughness, believe, do your job, work hard and we’d be champions in the championship game.”

We focused on what we had to do and had belief in ourselves.

So what does this tell us?

Firstly, a whole raft of the old expressions come out – “it’s a game of two halves” (in English football), “it isn’t over until its over” (English football – famous 1966 World Cup quote), amongst others. Essentially the game isn’t over until the clock runs down and however unlikely the situation may seem during the game, there is always a chance that you can turn it round. The Patriots have set a new standard for resolutely refusing to give up until the final whistle has been blown. Perhaps on a par with Manchester United’s Champions League win in Spain in 1999 when they beat Bayern Munich in injury time – noting that many United fans had left the stadium believing their team couldn’t win as they were 1-0 down going into injury time (they won 2-1).

Atlanta weren’t a bad team – to get to 28-3 they played some great football.

However, New England were more determined and simply didn’t know when to give up.

What is even more remarkable is that Brady missed the first four games of the regular season as he was banned from playing for 4 games, over an incident known as Deflategate. New England were thought to have played a number of games with an under inflated ball, for which Brady was held to have known this was what was happening. After having an appeal for a re-hearing turned down, Brady decided to accept the suspension – largely due to the fact that his mother had been diagnosed with cancer. The Patriots lost 3 out of the 4 games.

What do we learn from this?

•In adversity, the decision to give it all you have got until the very end is a choice.
•Determination to succeed will get you a long way.
•Teams that pull together can achieve astonishing results.
•Success isn’t easy and is seldom possible without toughness and hard work.
•Never give up and focus on what you can do about a situation, not what you can’t.

So what are your challenges and what are you going to do about them? If nothing else, the Patriots have shown us that in the face of adversity, self-belief and the determination to succeed can create incredible outcomes.

Incidentally Brady says his favourite book is the Four Agreements by Don Miguel Ruiz. Specifically the second agreement “Whatever happens around you, don’t take it personally”. Sound advice.