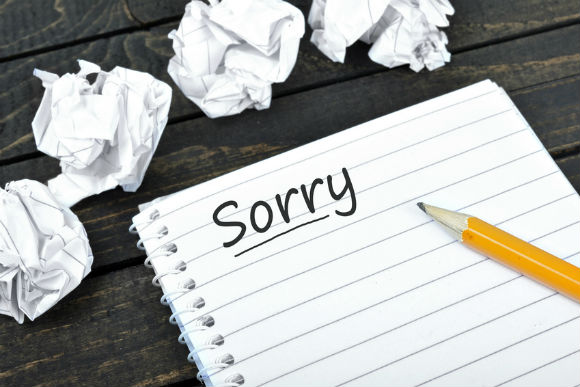 On April 9, 2017, O’Hare International Airport police forcibly removed passenger Dr. David Dao from United Express Flight 3411. This occurred after he refused to leave the aircraft to make way for a United Airlines employee that the company needed to get to Louisville, Kentucky. The event has seen significant amounts of media coverage and has led to a blitz of comment on social media with passenger video’s of the incident going viral and creating widespread outrage.

As the events have been well covered, they don’t need further explanation, however the images that have been broadcast of Dr. with blood streaming down his face are the ultimate public relations nightmare for United.

How did United respond?

Again, this has received a lot of coverage. An initial statement by United CEO Oscar Muñoz seemed to to justify the removal of a “disruptive” and “belligerent” passenger. Indeed, Muñoz also sent an email to United staff commending the crew’s actions for following established procedures.

After US President Donald Trump had criticized United Airlines, calling their treatment of their customer “horrible”, and the value of the company had fallen by $1.4 billion, Muñoz issued a further statement, apologizing and promising that this type of incident would never happen again on United aircraft, stating that “No one should ever be mistreated this way“.

Sir Elton John and Berni Taupin wrote the lyrics to “Sorry seems to be the hardest word” in 1976. It is a ballad about a disintegrating relationship that seems quite prescient for the predicament that United now seems to find itself at the center of. They are not alone.

We see examples of this all the time. People have bad business experiences with the cause being attributed to the ‘customer’ rather than the ‘service provider’.

Whatever happened to that plain, old fashioned word “Sorry”? It genuinely does seem to be the hardest word for organisations to offer when things go wrong.

This story will obviously run on for some time. Dr. Dao is taking legal action and appears completely justified in the undoubted distress that the situation has caused him. I think few of us would welcome passenger videos of ourselves in highly embarrassing situations, going viral.

A business colleague once told me that:

“you earn credibility and respect by the teaspoon full, yet you lose it by the bucket full”.

It is an interesting turn of events that by appearing ‘belligerent’ itself, United has become the subject of significant amounts of wit and sarcasm that suggest the company teaches its employees to mistreat customers. Rational readers will understand that this will genuinely not be the case, but you would still be hard pressed to defend United’s brand values at this particular moment in time. This is a tragedy for a ‘people’ business.

What can we learn from this?

There are a numerous things we can learn from this situation. Here are some of them:

How organisations respond when things go wrong set the truly great customer focused organisations apart from those that merely pay lip service to societal expectations through trite sound bites. In a world where people still frequently repeat the expression “the customer is always right”, they will contrast their experience against reality and will form their own opinion of an organisation and its values.

In truth, what the United debacle shows us is that most organisations don’t sweat the small stuff enough. They focus on the ”big” stuff, strategy, analysts and myriad other things. What they forget is that customers buying their products are what made them a success in the first place. Customers are people, with feelings, emotions, opinions and the ultimate in sanctions – the ability to choose not to buy your products or services. When this is forgotten, we get horrible consumer experiences. The next time you are flying somewhere and have a choice (route, fare and time being pretty much the same), United or another carrier, who will you choose? United will be back, I am sure, but these sorts of incidents have a long lingering aftertaste for potential customers.

In this case, sorry really did seem to be the hardest word. The tragedy is that with a little thought, humility and authenticity in terms of living their values, the outcome for United could have been significantly different, just think how differently people might have reacted if Muñoz had said “I am deeply sorry, this was a horrific incident that doesn’t represent how United wishes to serve its custmers. We will fully investigate and will make sure this never happens on one or our aircraft again“. Instead we got accusations of a belligerent and disruptive passenger which ultimately contributed to significant loss of brand value. Subsequent apologies simply fell on deaf ears as people had already made their minds up.

Ironically, saying sorry is not a sign of weakness. It shows humility and confidence, demonstrating that you are strong enough and wise enough to take responsibility for your actions. In this respect, we can all learn from what United didn’t do.

If you’d find this a challenge, why not speak to a coach? It is never too late to #Startsomething or #Changesomething.