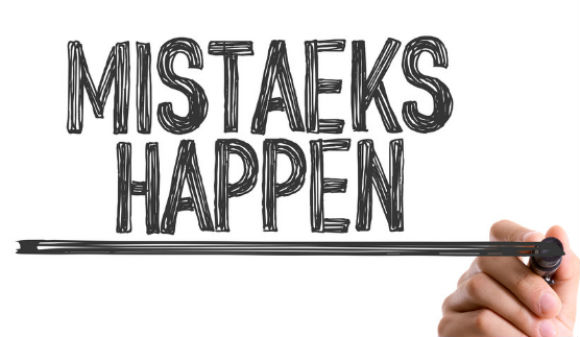 Watching the last episode of a recent Bear Grylls survival programme gave an interesting perspective on regret. He commented that at the start of every series he tells participants that they will be sorely tested. His advice is to “hang in there” and explains that the pain “is only temporary, but the disappointment will last forever”.

Often they are athletes and ‘alpha’ personalities who exude the attitude “I won’t quit”. Invariably a number of them usually do…

What makes outwardly strong individuals quit when the going gets tough? Ostensibly it is the physical battle with the environment they are trying to survive in, but Grylls is much more specific than this. He says the real battle that they lose is the one in their heads… hence they give up. Fear of failure is often one of the issues. What they often overlook…

There are lots of quotes about regret and most of them are typically things like:

We only regret the chances we didn’t take.

Interestingly what research shows is that guilt over doing stupid things fades, whilst regret over missed opportunities is much harder to forget about.

Most of us will never get to test our mettle on a desert island, but we will all encounter situations which we might later have cause to regret. This applies to all aspects of our lives and is an issue because regret weighs heavily and for many people it can be like dragging a massive weight behind them.

How do you overcome regret

Asking the two questions together gives a balanced perspective and helps to move your forward. In the case of Grylls, participants often reflect on how bad it is ‘now’ and seldom reflect on the fact that things could be worse, so comparatively speaking they are in a better place than they otherwise would be. This is an important psychological building block.

This is something that research confirms. The next time you are in a situation that you suspect you might regret later, it is worth remembering Grylls words that “disappointment lasts forever”.

If you listen to your fears, you will die never knowing what a great person you might have been. Robert H. Schuller

As ever, the choice is yours….

If you want some help to #Changesomething, why not give us a call or email us using the form below?