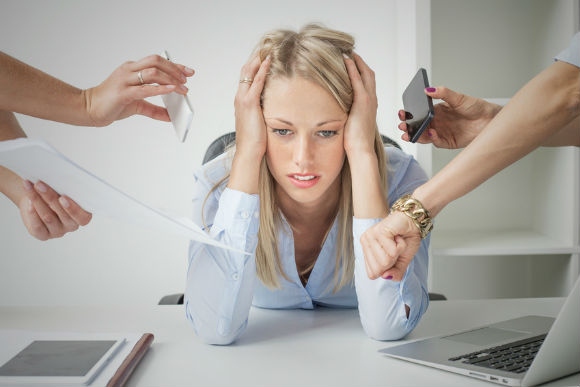 Whilst reflecting upon a client dilemma that they deemed impossible to solve, I recalled the above statement from something I had recently read. Despite all of the challenges that Dr King could have spoken about in his seminal address in Washington in 1963, he chose to focus on the outcome (“I have a dream…”) with historic implications.

Just over a month before the first iPhone was to be released in 2007, Steve Jobs held a meeting of his senior team to discuss the problem of scratches on the plastic screen of the prototype. He had been keeping the phone in his pocket and it had been scratched by coins and keys amongst other things. Recognising that people who bought the iPhone would do the same thing, he challenged them to replace iPhone’s screen with un-scratchable glass. He was reported as having said:

“I want a glass screen and I want it perfect in six weeks.”

This was a huge challenge, which amongst other things would require an empty glass-cutting factory, a huge amount of glass to experiment on, and a team of mid-level engineers to figure out how to cut the glass into millions of screens. I have no knowledge of the reaction of the executives at the meeting, but you could sense that as they focused on what they would need to do, the mountain that lay ahead of them was getting ever bigger.

One executive at the meeting knew that the only place Apple might be able to find these things would be in China. They flew to Shenzhen and set about working with a number of Chinese companies to solve the problem. Within a month they had built a glass cutting facility and experimented sufficiently to be able to cut the hardened glass for the screens, and after a month of experimentation, the engineers figured out how to do it.

It is a well known story but perfectly illustrates what we can achieve if we focus on what we CAN DO rather than continuing to think about how hard the problem is.

What happens when we get stuck focusing on the problem?

The problem simply gets bigger. The ‘to do list’ of all the things that have to be solved to overcome the issue or problem gets longer. The implications become more well defined and focus increasingly centers on what we can’t do or haven’t got in the way of magic bullets to fix. Simply put, when we focus on the negative, we simply make the scale of the metaphorical mountain we have to climb all the greater.

Notice that the focus is caveated by our focus being STUCK. Healthy evaluation and scoping of a challenge is, of course, a part of dealing with it. However as was the case with my client, stuck thinking quickly make their challenge “too hard” and in their mind “impossible to solve”.

What happens when we focus on the solution?

Conversely when we focus on the solution and not the problem – this creates optimism for the future both in ourselves and in our teams and organisation. After all, who wants to work on something where “we are all doomed”?

Solutions focus engenders action and when we ‘DO’ things it highlights the positives – specifically it shows that seemingly insurmountable problems can be fixed… even if the steps towards the solution are in reality might be quite small. We have still done something. Sometines, as was the case with Dr KIng, the small step creates a giant leap.

To use the mountain analogy again, you may have knocked an inch of the height of the mountain and it may still seem impossibly high. However psychologically, it is a smaller mountain than the one you originally faced.

When you feel that life has presented you with an impossible problem, you have a choice. You can either focus on the problem – and make the challenge seem even more insurmountable, or you can start looking at what you can do to move forwards.

So what are you going to do to start solving your impossible problems?

Neuro-Linguistic practitioners often say “you get more of what you focus on“, so choose wisely…

If you want some help to #Startsomething or #Changesomething, why not give us a call or email us using the form below?