Are you better at your job than most people? Are you a better driver? Do you have a greater social conscience? What if I said that this is also how the majority of people think about themselves? 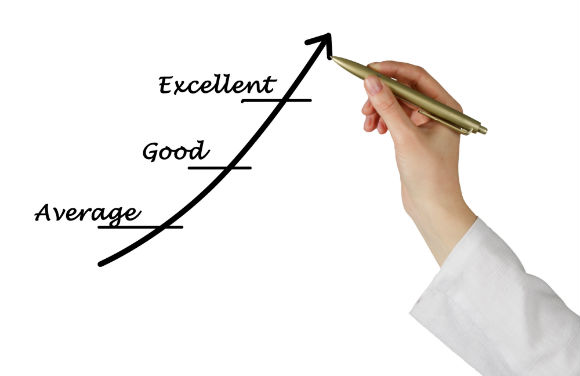 This is known as the better than average effect (BTAE)

The BTAE is defined as being when people evaluate themselves more positively than they evaluate other people. More succinctly, when I compare my driving skills to the average person, I believe I am a much better driver. Does this sound familiar to your own self-thinking?

Interestingly this is also known as illusory superiority (or the Dunning-Kruger Effect if you want to look it up further) in the field of social psychology and is defined as a condition of cognitive bias whereby a person overestimates that person’s own qualities and abilities, in relation to the same qualities and abilities of other persons. For US based readers, you might more readily recognise this as the Lake Wobegon Effect.

Me? Illusory superiority? Now there is a concept to wrestle with!

How was the effect discovered?

Illusory Superiority was first coined as a term by researchers in 1991. However the foundations of this work were laid much earlier. In 1956 Caroline Preston and Stanley Harris wanted to know how good drivers thought they were (hence the emphasis on driving in this article). They recruited 50 drivers for their study – all of whom had been recently involved in accidents where they had been driving. These accidents were of sufficient severity that personal injury arose as a consequence and in 28 cases the drivers own car was written off. Three of the accidents involved fatalities.

The drivers were interviewed about their driving history, the accident and were subjected to a range of personality and attitude tests. Nothing stood out, except one thing. Despite having incurred injury, all 50 judged their ability as “above average”. Lets look at some of the data from the study:

Preston and Harris then delved into the background of the drivers and discovered:

Lets just replay the views of the drivers themselves – all 50 judged their driving ability as “above average”.

Preston and Harris moved on to other things and their research would have faded into obscurity had it not been for psychologists starting to discover similar anomalies in subsequent years after their research was published. Hence the BTAE came into being.

An obvious challenge is that average is a term that is open to interpretation and there are various different averages (think mean, median and mode). Because driving ability is not benchmarked any assessment we make of ourselves against the average is highly subjective. Researchers have tried to get around this problem by having people visualise their abilities against someone they know well who typifies ‘average’ for them personally. The problem is we tend to pick people who we know we will compare very favourably against – no wonder we believe we are “above average”.

Instinctively we know that, from the perspective of the mean, 50% of people must be below average and 50% above.

It isn’t quite that straightforward. There is also a further effect that we are more likely to judge ourselves as above average on easy tasks, yet below average on hard ones or ones where we may have a lot of expertise.

Why does it matter?

Whilst the BTAE (or illusory superiority, or the Dunning-Kruger effect) may be something you have not encountered before, you’ve probably experienced the basic idea in action. In short:

the people who are least competent tend to be most sure of themselves, while those with genuine skills frequently doubt their own abilities.

Lets look at a few examples:

Consequently, it is quite evident that one of the key underpinning aspects of the BTAE is overconfidence. Pick up the political or business news on most days and you will see shining examples of this.

What can you do about it?

There are four suggestions for you to reflect upon:

There is a whole different set of actions that you may need to take to deal with any overconfident people that you come across, but that is for a future article.

What is the bottom line? Probably that you are almost certainly not as good as you think you are. Instead of potentially self-deceiving yourself in this way, it is probably a better strategy to continually focus on how you might improve at something – and then doing something about it.

However, bear in mind that not everything needs this attention – unless you are Andy Murray, believing you are a better tennis player than you are is unlikely to cause you many significant life problems, beyond embarassment. Believing that you are better at your profession than you actually are… now that might give you a problem if this is something you are unaware of. Remember, we ALL believe we are better drivers than we actually are, despite the evidence to the contrary, so what other assumptions about our abilities are we making?

If you need some help reflecting on this why not get in touch? Together we could #ChangeSomething or #StartSomething.