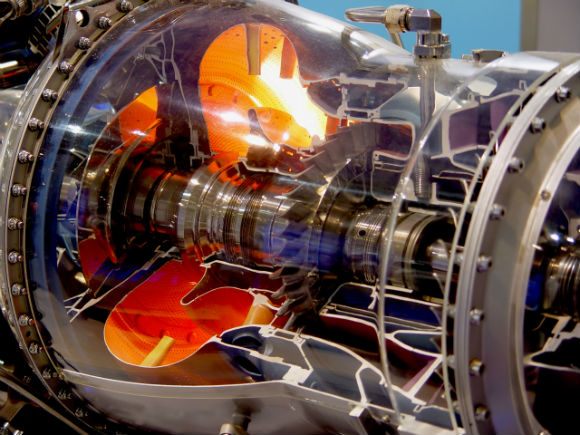 When Boeing was developing the 747 (more popularly known as the Jumbo Jet) back in the mid 1960’s, the technological problems they faced nearly sank the company.

Up to this point, airlines had always been single aisle (one aisle up the middle with seats either side). The 747 was revolutionary in moving to a wide body, where there were two aisles with three banks of seats. Clearly this made the 747 a behemoth in terms of aeroplane size and was considered a step change in aircraft design.

One of the major challenges was that they needed a new engine – up to this point, jet engines were not powerful enough to propel an aeroplane of the size of the 747. This was solved when Pratt & Whitney developed the worlds first high-bypass-ratio turbofan (for non-technical readers, this is as detailed as we will get!).

Then the trouble started

Pratt & Whitney experienced enormous difficulties with the new engine when the 747 was being tested by Boeing. Beyond a certain point, engine thrust in effect caused the engines to fail spectacularly. At one point, engine issues during the flight test program resulted in thirty aircraft being parked outside the factory with concrete blocks hanging from the pylons, awaiting redesigned engines.

This was a huge problem for Boeing, who had ‘bet the farm’ on the success of the 747. The huge cost of developing the plane and building the manufacturing facility meant that Boeing had to borrow heavily to finance the project. During the final months before delivery of the first aircraft, the company had to repeatedly request additional funding. Had this been refused, Boeing would not have survived as a company. At this point the firm’s debt exceeded $2 billion, with over $1.2 billion owed to banks setting a record for a corporation at the time.

Getting to the cliff edge

As the delivery dealine approached, the Boeing team became increasingly frustrated with their perception that Pratt & Whitney were not taking the problem seriously. During a test flight with the Pratt and Whitney CEO on board, Boeing Chief Test Pilot Jack Wadell took matters into his own hands, Increasing thrust on one engine until it failed. He then did the same thing with a second engine. Then he reached for the throttle controls to do the same with the third engine.

At this point the Pratt & Whitney CEO told Wadell:

“OK, you have made your point”.

Within a month Pratt & Whitney had resolved the issue with the problem being traced to stresses during takeoff causing the engine casing to deform.

Speaking later, co-pilot Brien Wygle indicated that Wadell was so determined that Pratt & Whitney should take the issue seriously that he thought he might have killed all of the engines to make the point. Not only had he walked the Pratt and Whitney CEO to the edge of a metaphorical cliff, he was clearly quite prepared to thrown him off and himself with him, in order to get the problem fixed.

Sometimes this is the level of determination that you have to have, to deal with issues in life.

What can we learn from this

Sometimes, like Wadell, you have to do whatever it takes to make the right things happen. Even if it means that you have to (figuratively speaking) consider throwing someone off a cliff. It is not enough to consider… you have to be determined to follow through.

Perhaps it was because Boeing were in such a precarious position that Wadell felt extreme action was required. However, it will be the case that at least once or twice in most peoples careers where we will need to consider pushing an issue beyond the point where most people would feel comfortable. If it is the right thing to do, you have to be determined and do it.

The 747 totally revived Boeings fortunes. In fact it was also a massive commercial success for Pratt and Whitney.

It is also probably true, that without Wadell’s absolute commitment to push the issue at least to the cliff’s edge, life might have been completely different given the 747 opened up the planet for foreign travel.

If you were to benchmark your determination, how would it stack up against Wadell’s? If it is nowhere near and you feel that your problems are not going anywhere, ask yourself “are you trying hard enough?”. You might never have to go anywhere near a figurative cliff edge, but you have to do what it takes to get past issues or your issues will forever define you. Your choice… if you need some help with this, why not give us a call so that we can #StartSomething or #ChangeSomething together?