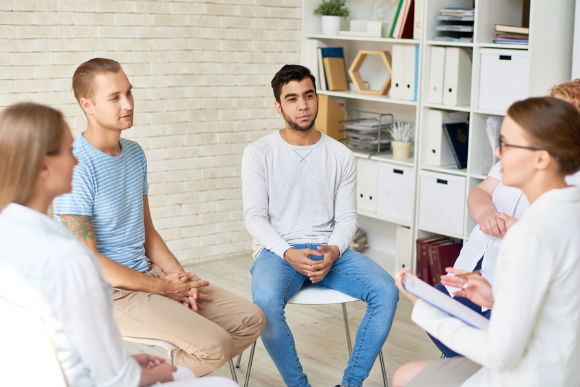 Working with Groups and Teams to enhance performance

Group Coaching is typically used as part of a larger training and development programme, though it is by no means exclusively restricted to this – for example it can be used to explore a variety of wider issues in an organisation . Group Coaching is scalable and opens up communication between group members who might be working in different parts of the organization. Over time these relationships create a valuable reference and support network for the individuals involved, as well as building relationships and personal influence across the organisation.

Westwoods’ approach is generally based upon the concept of Action Learning Sets (ALS) but make use of skilled coaches to facilitate the Group Coaching work. We generally work with Groups of 6 to 10 people. Whilst there might be agreed overall themes for each group, the involvement of a coach enables the Group to take the coaching work where they need it to go to maximise their personal learning. Group Coaching participants typically bring issues such as dealing with difficult conversations to discuss in Group sessions. Exploration of the issue by the other participants often widens perspective of an issue, is solution focused so gives the person with the challenge options to consider and provides insight to other members of the Group to issues they might face in the future. These conversations create trust between participants and give them access to a network of people who they can approach, for insight or advice, with future problems.

Group Coaching tends to be very bespoke to an organisations specific needs. If you would like to discuss Group Coaching possibilities further, please get in touch and we would be very happy to explore your requirements (see the More Information section below).

“My experience of Group Coaching was that it was like having a team of ‘consultants’ all focused on me and my business issue, with no agenda other than to challenge me and help me to work out what I could do. In the process, expanding my perspective and personal learning.”

Do you need to create a High Performing Team? Westwood Coachings’ coaches have a lot of experience of coaching a group of individuals in a team to drive their collective development into a high performing team by identifying where the team is and where it wants to go. As the endpoint often shifts as a consequence of the Team Coaching, so high performing teams need to keep asking the right questions to keep moving.

High performing teams are those in which all the relationships within the team work well, and where all members of the team have a clear focus and understand their goals and the needs of the business for which they are accountable. Team Coaching is an effective method for showing teams how to effectively deal with conflict and improve their working relationships. The team then focuses on its real work, to achieve its business objectives.

The benefits of Team Coaching

Team Coaching is especially beneficial in the following situations:

What Team Coaching can do in all these cases is to re-energise, refocus and create collective habits of success within the team.

If you believe your team could perform better, then contact us (see the More Information section below) and discuss how we can support you with a Team Coaching solution.

“Finding good players is easy. Getting them to play as a team is another story.” (Casey Stengel)

If you’d like more information about how Westwood Coaching can assist you with Personal Coaching, we’d love to hear from you.

and subscribe to the EMCC code of ethics. The EMCC exists to promote good practice and the

expectation of good practice in coaching and mentoring across Europe.