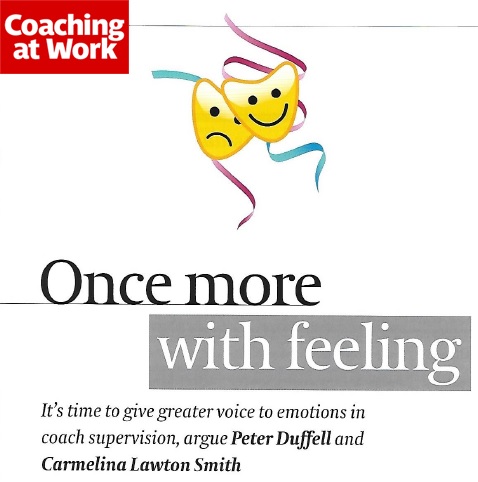 One more with feeling

Is it time to take more explicit notice of emotions in coach supervision?

An article by Peter Duffell and Carmelina Lawton-Smith, published in Coaching at Work, May/June 2017, Vol. 12, Issue 3. 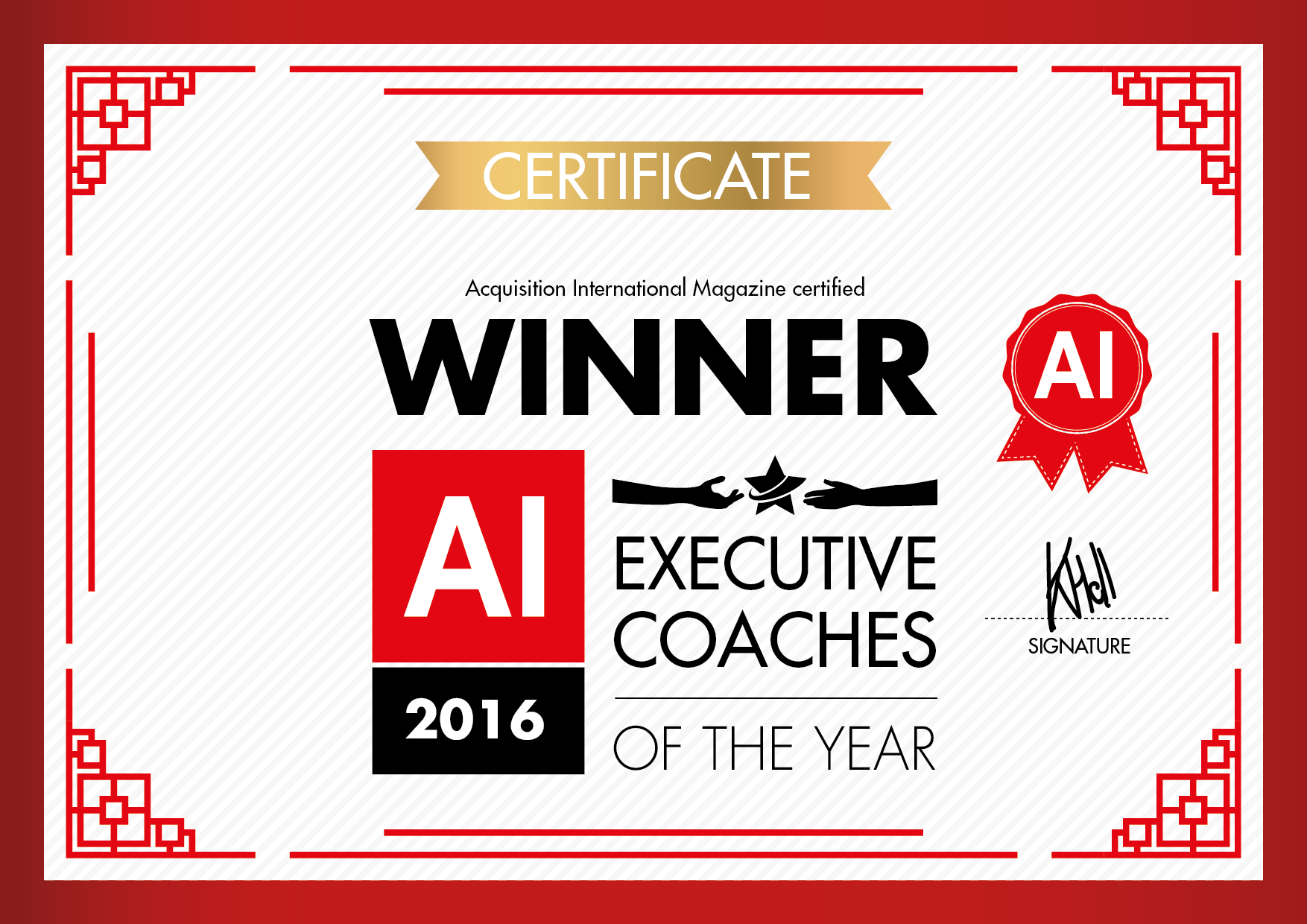 AI Global Media awards: Westwood Coaching recognised as a winner in the Executive Coach of the Year awards

Westwood Coaching have been recognised as a winner in AI Global Media’s Executive Coach of the Year awards for 2016. We would like to thank the people who nominated us for this honour.
AI Global media advise that:

“every winner of one of our awards is carefully chosen, following a rigorous and considered nomination, voting, research and judging process designed to ensure that only the most deserving and top performing individuals and firms walk away as winners.” 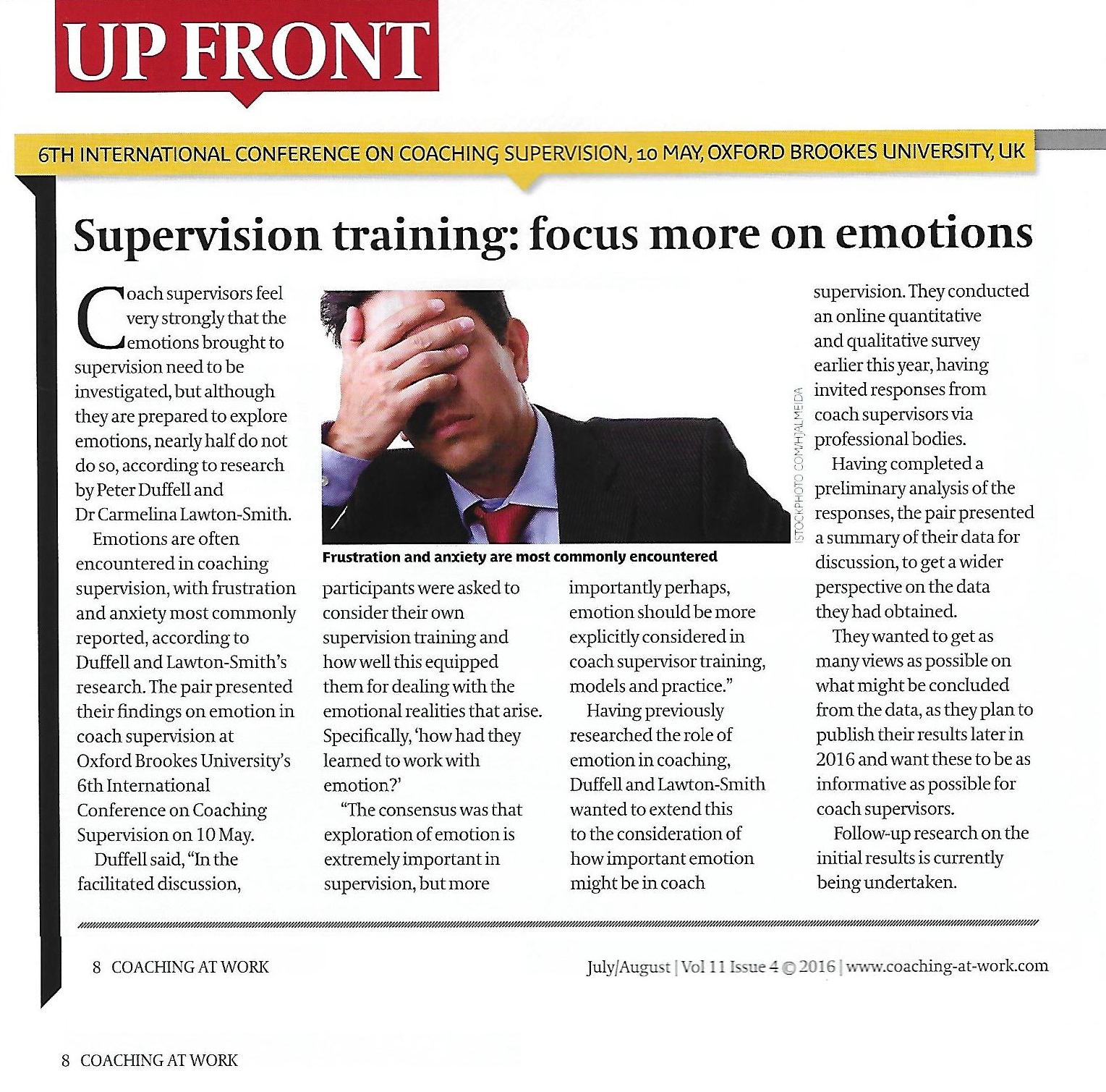 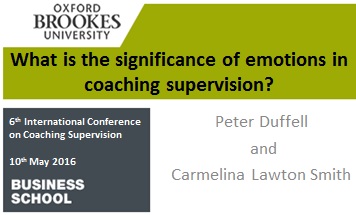 What is the significance of emotions in coaching supervision? (Oxford Brookes University, May 2016)

A presentation by Peter Duffell and Dr Carmelina Lawton-Smith at the 6th International Conference on Coaching Supervision at Oxford Brookes University, in May 2016. This was an interactive session to explore the role of emotion in coaching supervision, specifically if emotion is relevant to and should be a consideration in coach supervision practice. This was informed by a presentation of recent research that Peter and Carmelina had undertaken in respect of this question. 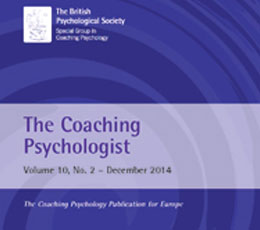 The Challenges of working with Emotion in Coaching (Article), The Coaching Psychologist (Volume 11, No. 1, pp.32-41)

Published June 2015, a collaborative paper between Peter and Dr Carmelina Lawton-Smith of Oxford Brookes University. This paper is a Literature Review summarising the potential perspectives coaches might use when working with emotion before going on to consider key parts of working with emotion, such as memory and language. 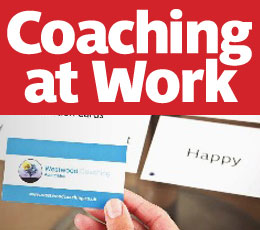 Trial and review of eMotive Cards by Coaching at Work Magazine, Volume 10, Issue 1. 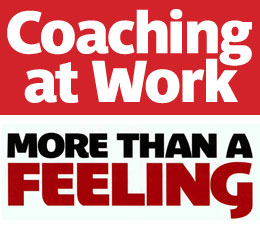 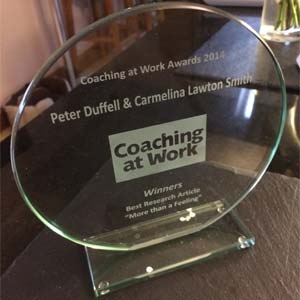 “Emotion in Coaching” is based on the original research that led to the emotive cards being developed. This was published in Coaching at Work (May 2014) and won their award for “Best Research Article”  in July 2014.

This was a collaborative paper between Peter and Dr Carmelina-Lawton Smith of the International Centre for Coaching and Leadership Development, Business School, Oxford Brookes University, and In the Coaching at Work Press Release (4th August 2014), the judges comments included:

“We talk about emotions in coaching but it’s actually interesting how many coaches get uncomfortable with these aspects.”

“This was an interesting exploration.”